Was the Star of Bethlehem real?

Bright stars top Christmas trees in Christian homes around much of the world. The faithful sing about the "Star of Wonder" that guided the wise men to a manger in the little town of Bethlehem, where Jesus was born. They're commemorating the Star of Bethlehem described by the Evangelist Matthew in the New Testament. Is the star's biblical description a pious fiction, or does it contain some astronomical truth?

To understand the Star of Bethlehem, we need to think like the three wise men. Motivated by this "star in the east," they first traveled to Jerusalem and told King Herod the prophecy that a new ruler of the people of Israel would be born. We also need to think like King Herod, who asked the wise men when the star had appeared, because he and his court, apparently, were unaware of any such star in the sky.

These events present us with our first astronomy puzzle of the first Christmas: How could King Herod's own advisors have been unaware of a star so bright and obvious that it could have led the wise men to Jerusalem?

And we have yet a third first-Christmas astronomy puzzle: How does Matthew's star move "before them," like the taillights on the snowplow you might follow during a blizzard, and then stop and stand over the manger in Bethlehem, inside of which supposedly lies the infant Jesus? 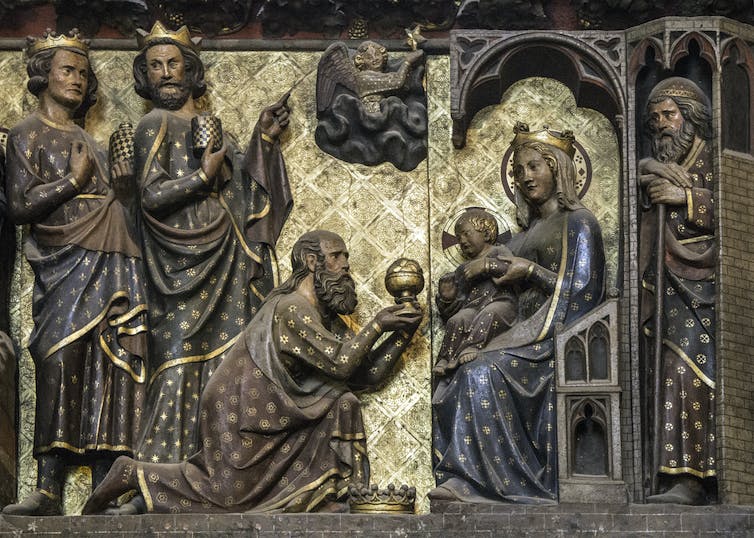 The adoration of the Magi, after they followed that 'star in the east' to Jesus | (Fr Lawrence Lew, O.P./Courtesy The Conversation)

What could the 'star in the east' be?

The astronomer in me knows that no star can do these things, nor can a comet, or Jupiter, or a supernova, or a conjunction of planets, or any other actual bright object in the nighttime sky. One can claim that Matthew's words describe a miracle, something beyond the laws of physics. But Matthew chose his words carefully and wrote "star in the east" twice, which suggests that these words hold a specific importance for his readers.

Can we find any other explanation, consistent with Matthew's words, that doesn't require that the laws of physics be violated and that has something to do with astronomy? The answer, amazingly, is yes.

Astronomer Michael Molnar points out that "in the east" is a literal translation of the Greek phrase en te anatole, which was a technical term used in Greek mathematical astrology 2,000 years ago. It described, very specifically, a planet that would rise above the eastern horizon just before the sun would appear. Then, just moments after the planet rises, it disappears in the bright glare of the sun in the morning sky. Except for a brief moment, no one can see this "star in the east."

We need a little bit of astronomy background here. In a human lifetime, virtually all the stars remain fixed in their places; the stars rise and set every night, but they do not move relative to each other. The stars in the Big Dipper appear year after year always in the same place. But the planets, the sun, and the moon wander through the fixed stars; in fact, the word "planet" comes from the Greek word for wandering star. Though the planets, sun, and moon move along approximately the same path through the background stars, they travel at different speeds, so they often lap each other. When the sun catches up with a planet, we can't see the planet, but when the sun passes far enough beyond it, the planet reappears.

And now we need a little bit of astrology background. When the planet reappears again for the first time and rises in the morning sky just moments before the sun, for the first time in many months after having been hidden in the sun's glare for those many months, that moment is known to astrologers as a heliacal rising. A heliacal rising, that special first reappearance of a planet, is what en te anatole referred to in ancient Greek astrology. In particular, the reappearance of a planet like Jupiter was thought by Greek astrologers to be symbolically significant for anyone born on that day.

Thus, the "star in the east" refers to an astronomical event with supposed astrological significance in the context of ancient Greek astrology. 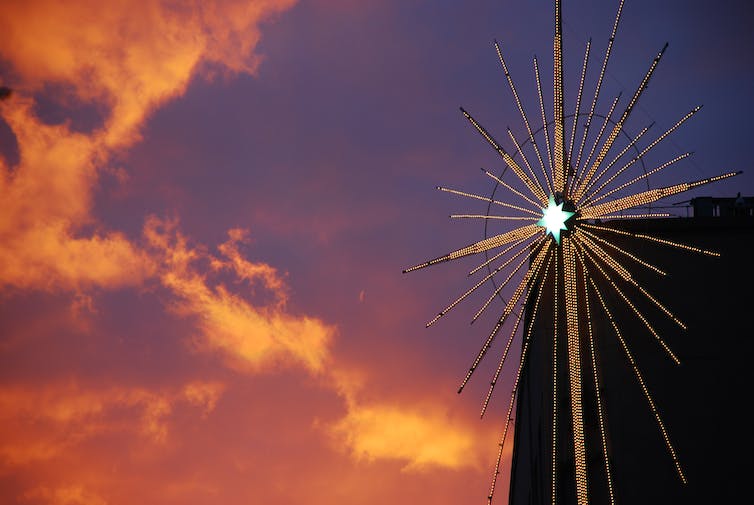 Was the star visible just briefly before dawn? | (James Callan/Courtesy The Conversation)

What about the star parked directly above the first crèche? The word usually translated as "stood over" comes from the Greek word epano, which also had an important meaning in ancient astrology. It refers to a particular moment when a planet stops moving and changes apparent direction from westward to eastward motion. This occurs when the Earth, which orbits the sun more quickly than Mars or Jupiter or Saturn, catches up with, or laps, the other planet.

Together, a rare combination of astrological events (the right planet rising before the sun; the sun being in the right constellation of the zodiac; plus a number of other combinations of planetary positions considered important by astrologers) would have suggested to ancient Greek astrologers a regal horoscope and a royal birth.

Wise men looking to the skies

Molnar believes that the wise men were, in fact, very wise and mathematically adept astrologers. They also knew about the Old Testament prophecy that a new king would be born of the family of David. Most likely, they had been watching the heavens for years, waiting for alignments that would foretell the birth of this king. When they identified a powerful set of astrological portents, they decided the time was right to set out to find the prophesied leader. 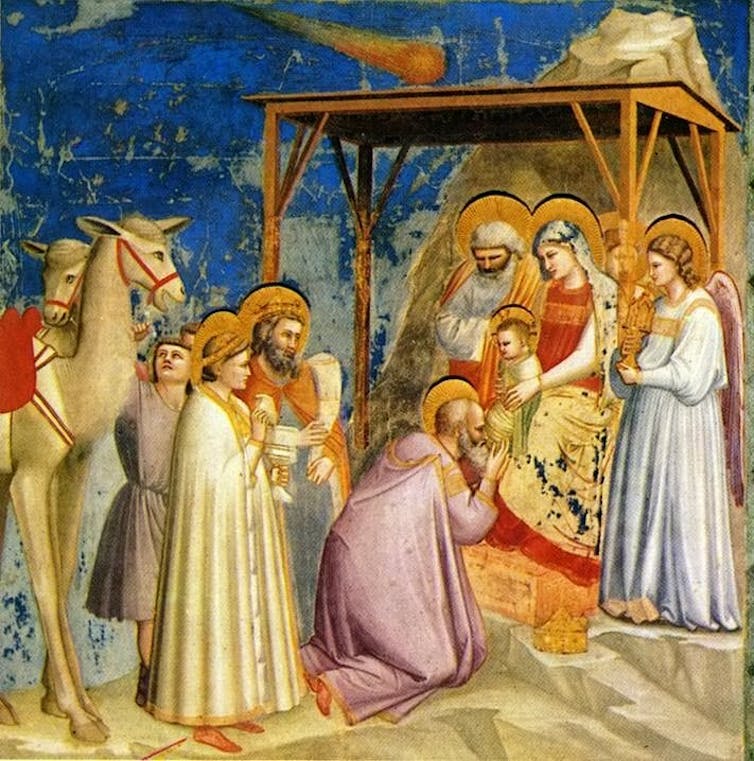 If Matthew's wise men actually undertook a journey to search for a newborn king, the bright star didn't guide them; it only told them when to set out. And they wouldn't have found an infant swaddled in a manger. After all, the baby was already eight months old by the time they decoded the astrological message they believed predicted the birth of a future king. The portent began on April 17th of 6 BC (with the heliacal rising of Jupiter that morning, followed, at noon, by its lunar occultation in the constellation Aries) and lasted until December 19th of 6 BC (when Jupiter stopped moving to the west, stood still briefly, and began moving to the east, as compared with the fixed background stars). By the earliest time the men could have arrived in Bethlehem, the baby Jesus would likely have been at least a toddler.

Matthew wrote to convince his readers that Jesus was the prophesied Messiah. Given the astrological clues embedded in his gospel, he must have believed the story of the Star of Bethlehem would be convincing evidence for many in his audience.

David A. Weintraub is a Professor of Astronomy at Vanderbilt University.

We can't go inside yet

Pete Buttigieg rebuts Fox News' attack on Hunter Biden: 'If they want to make this about the business deals of a government official...'

Biden to Trump: 'Release your tax returns, or stop talking about corruption'