How genetics is unlocking the secrets of ancient human migration

Tracking the migration of humans isn't easy, but genetics is helping us uncover new information at breathtaking speed. We know that our species originated in Africa and likely reached Europe from the southeast no later than 42,000 years ago. During the last ice age some 33,000 to 20,000 years ago, when a permanent ice sheet covered northern and parts of central Europe, modern humans in southwest Europe were isolated from groups farther to the east.

When the ice sheet retreated, some of these hunter gatherers eventually colonized Scandinavia from the south about 11,700 years ago, making it one of the last areas of Europe to be inhabited. But exactly who these individuals were and how they got there has remained a puzzle for researchers. Now we have sequenced the genomes of seven hunter gatherers, dated to be 9,500 to 6,000 years old, to find out.

One of the reasons the origins of the first Scandinavians is so enigmatic is a major shift in stone tool technology that appeared soon after they got there. This new technology seemed to have had an origin in eastern Europe and it has been an open question how it reached Scandinavia.

Our interdisciplinary research team combined genetic and archaeological data with reconstructions of the ice sheets to investigate the earliest people of the Scandinavian peninsula. We extracted DNA for sequencing from bones and teeth of the seven individuals from the Norwegian Atlantic coast and the Baltic islands of Gotland and Stora Karlsö.

This contradiction between genetics and geography can only be explained by two main migrations into Scandinavia. It would have started with an initial pulse from the south — modern day Denmark and Germany — that took place just after 11,700 years ago. Then there would have been an additional migration from the northeast, following the Atlantic coast in northern Finland and Norway becoming free of ice. 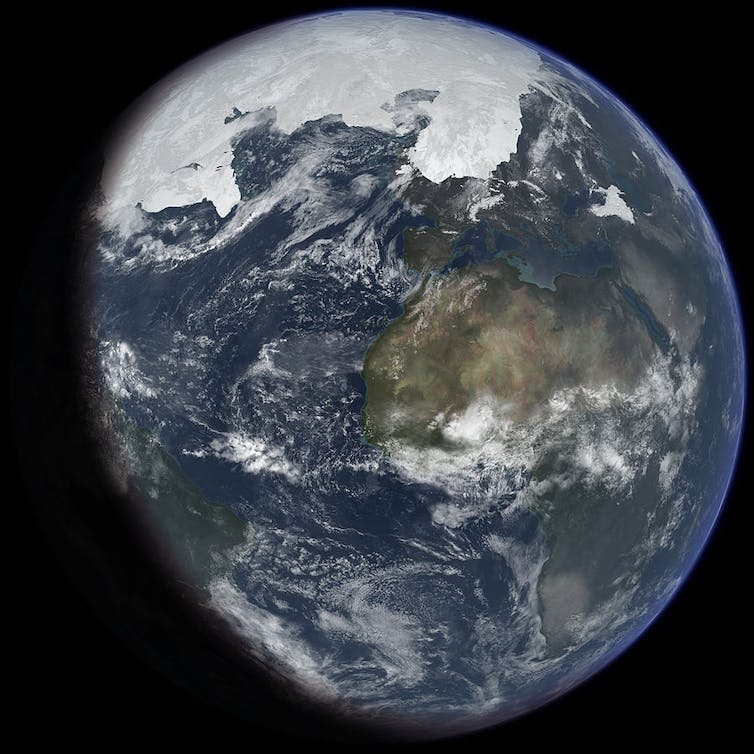 Artist's impression of the last ice age | (Wikipedia/Courtesy The Conversation)

These results, published in PLOS Biology, agree with archaeological observations that the earliest occurrences of the new stone tool technology in Scandinavia were recorded in Finland, northwest Russia, and Norway — dating to about 10,300 years ago. This kind of technology only appeared in southern Sweden and Denmark later on.

Knowing the genomes of these hunter gatherer groups also allowed us to look deeper into the population dynamics in stone age Scandinavia. One consequence of the two groups mixing was a surprisingly large number of genetic variants in Scandinavian hunter gatherers. These groups were genetically more diverse than the groups that lived in central, western, and southern Europe at the same time. That is in stark contrast to the pattern we see today where more genetic variation is found in southern Europe and less in the north. 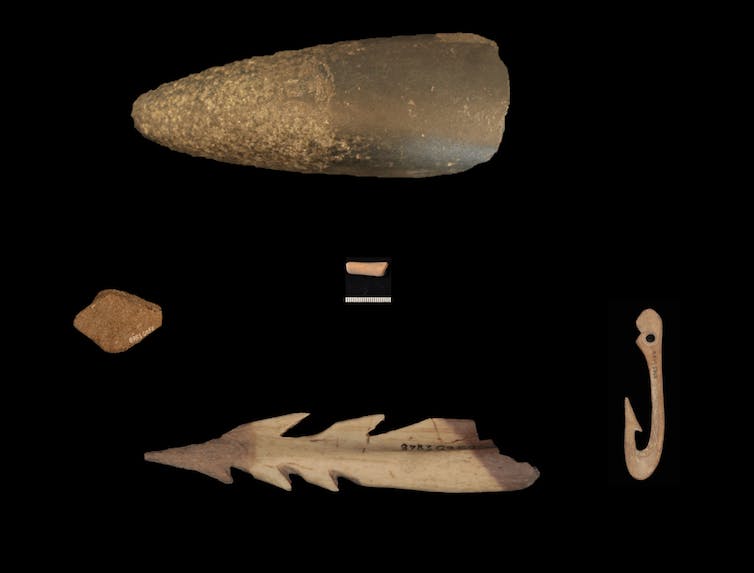 Axe, fish hook, and other stone tools from the earliest Scandinavians, found in a cave on Gotland | (Jan Apel/Courtesy The Conversation)

The two groups that came to Scandinavia were originally genetically quite different, and displayed distinct physical appearances. The people from the south had blue eyes and relatively dark skin. The people from the northeast, on the other hand, had a variation of eye colors and pale skin.

Originally, humans are a species from warmer climates closer to the equator and we mainly cope with challenging environments with specific behavior and technology. This includes making fires, clothes, and specialized hunting equipment. However, in the long term, there is also potential for adaptation through genetic changes.

For example, we found that genetic variants associated with light skin and eye pigmentation were carried, on average, in greater frequency among Scandinavian hunter gatherers than their ancestors from other parts of Europe. Scientists believe that light skin pigmentation helps people better absorb sunlight and synthesize vitamin D from it.

That suggests that local adaptation to the high-latitude climate associated with low levels of sunlight and low temperatures took place in Scandinavia after these groups arrived. In fact, this is in agreement with the worldwide pattern of pigmentation decreasing with distance to the equator.

Modern people of northern Europe trace relatively little genetic ancestry back to the early Scandinavians studied by us. That's because several later migrations have changed the Scandinavian gene pool over time. We know that migrations during the later stone age, the bronze age, and historical times have brought new genetic material as well as novel technologies, cultures, and languages.

The picture is similarly complex in other parts of the world. Hopefully it won't be long before genetics helps us work out the detailed picture of exactly how humans have spread across the world since we first emerged.

Jan Apel is a Senior Lecturer of Archaeology at Lund University.