Why human color vision is so odd

Most mammals rely on scent rather than sight. Look at a dog's eyes, for example: They're usually on the sides of its face, not close together and forward-facing like ours. Having eyes on the side is good for creating a broad field of vision, but bad for depth perception and accurately judging distances in front. Instead of having good vision, dogs, horses, mice, antelope — in fact, most mammals generally — have long damp snouts that they use to sniff things with. It is we humans, and apes and monkeys, who are different. And, as we will see, there is something particularly unusual about our vision that requires an explanation.

Over time, perhaps as primates came to occupy more diurnal niches with lots of light to see, we somehow evolved to be less reliant on smell and more reliant on vision. We lost our wet noses and snouts, our eyes moved to the front of our faces, and closer together, which improved our ability to judge distances (developing improved stereoscopy, or binocular vision). In addition, Old World monkeys and apes (called catarrhines) evolved trichromacy: red-, green-, and blue-color vision. Most other mammals have two different types of color photoreceptors (cones) in their eyes, but the catarrhine ancestor experienced a gene duplication, which created three different genes for vision. Each of these now codes for a photoreceptor that can detect different wavelengths of light: one at short wavelengths (blue), one at medium wavelengths (green), and one at long wavelengths (red). And so the story goes our ancestors evolved forward-facing eyes and trichromatic vision — and we've never looked back. 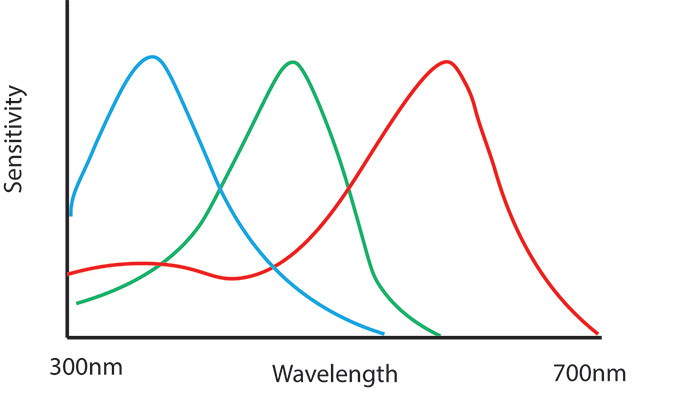 Figure 1. The spectral sensitivities of the cones of a honeybee. Reproduced based on Osorio & Vorobyev, 2005. | (Courtesy Aeon) 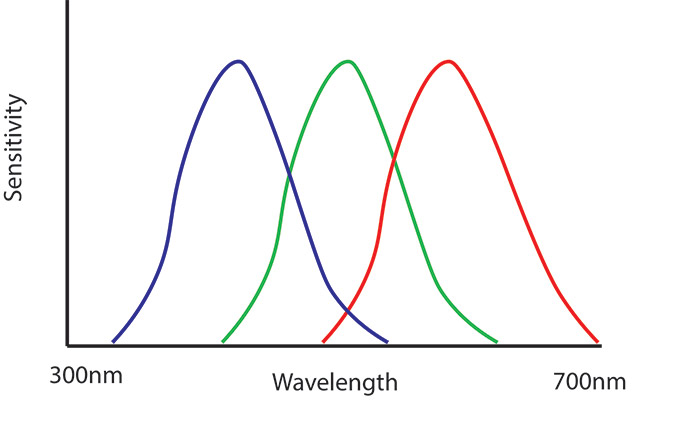 Figure 2. The spectral sensitivities of the sensors of a digital camera. Reproduced based on original data of the Author's. | (Courtesy Aeon)

In order to best capture different wavelengths of light, cones should be evenly spaced across the spectrum of light visible to humans, which is about 400-700nm. When we look at the cone spacing of the honeybee (fig. 1), which is also trichromatic, we can see that even spacing is indeed the case. Similarly, digital cameras' sensors (fig. 2) need to be nicely spaced out to capture colors. This even cone/sensor spacing gives a good spectral coverage of the available wavelengths of light, and excellent chromatic coverage. But this isn't exactly how our own vision works. 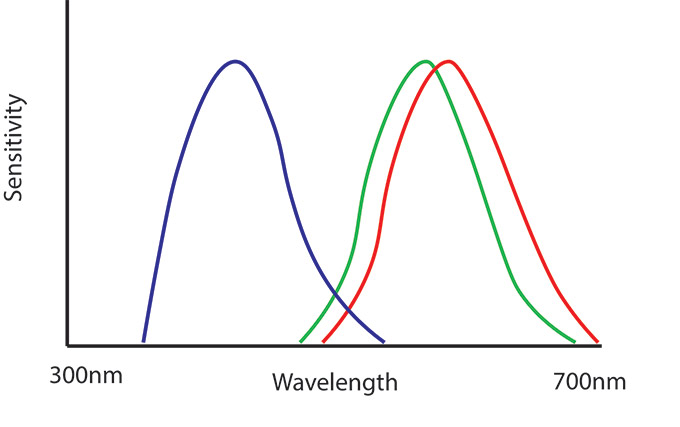 Figure 3. The spectral sensitivities of the cones of a human. Reproduced based on Osorio & Vorobyev, 2005. | (Courtesy Aeon)

Our own vision does not have this even spectral spacing (fig. 3). In humans and other catarrhines, the red and green cones largely overlap. This means that we prioritize distinguishing a few types of colors really well — specifically, red and green — at the expense of being able to see as many colors as we possibly might. This is peculiar. Why do we prioritize differentiating red from green?

Several explanations have been proposed. Perhaps the simplest is that this is an example of what biologists call evolutionary constraint. The gene that encodes for our green receptor, and the gene that encodes for our red receptor, evolved via a gene duplication. It's likely that they would have originally been almost identical in their sensitivities, and perhaps there has just not been enough time, or enough evolutionary selection, for them to become different.

Another explanation emphasizes the evolutionary advantages of a close red-green cone arrangement. Since it makes us particularly good at distinguishing between greenish to reddish colors — and between different shades of pinks and reds — then we might be better at identifying ripening fruits, which typically change from green to red and orange colors as they ripen. There is an abundance of evidence that this effect is real, and marked. Trichromatic humans are much better at picking out ripening fruit from green foliage than dichromatic humans (usually so-called red-green colorblind individuals). More importantly, normal trichromatic humans are much better at this task than individuals experimentally given simulated even-spaced trichromacy. In New World monkeys, where some individuals are trichromatic and some dichromatic, trichromats detect ripening fruit much quicker than dichromats, and without sniffing it to the same extent. As fruit is a critical part of the diet of many primates, fruit-detection is a plausible selection pressure, not just for the evolution of trichromacy generally, but also for our specific, unusual form of trichromacy.

A final explanation relates to social signaling. Many primate species use reddish colors, such as the bright red nose of the mandrill and the red chest patch of the gelada, in social communication. Similarly, humans indicate emotions through changes to our faces that relate to blood flow, being paler when we feel sick or worried, blushing when we are embarrassed, and so on. Perhaps detection of such cues and signals might be involved in the evolution of our unusual cone spacing?

Recently, my colleagues and I tested this hypothesis experimentally. We took images of the faces of rhesus monkey females, which redden when females are interested in mating. We prepared experiments in which human observers saw pairs of images of the same female, one when she was interested in mating, and one when she was not. Participants were asked to choose the mating face, but we altered how faces appeared to those participants. In some trials, human observers saw the original images, but in other trials they saw the images with a transformation, which mimicked what an observer would see with a different visual system.

By comparing multiple types of trichromacy and dichromacy in this way, we found that human observers performed best at this task when they saw with normal human trichromatic vision — and they performed much better with their regular vision than with trichromacy with even cone spacing (that is, without red-green cone overlap). Our results were consistent with the social signaling hypothesis: The human visual system is the best of those tested at detecting social information from the faces of other primates.

However, we tested only a necessary condition of the hypothesis, that our vision is better at this task than other possible vision types we might design. It might be that it is the signals themselves that evolved to exploit the wavelengths that our eyes were already sensitive to, rather than the other way round. It is also possible that multiple explanations are involved. One or more factors might be related to the origin of our cone spacing (for example, fruit-eating), while other factors might be related to the evolutionary maintenance of that spacing once it had evolved (for example, social signaling).

It is still not known exactly why humans have such strange vision. It could be due to foraging, social signaling, evolutionary constraint — or some other explanation. However, there are many tools to investigate the question, such as genetic sequencing of an individual's vision, experimental simulation of different vision types combined with behavioral performance testing, and observations of wild primates that see different colors. There's something strange about the way we see colors. We have prioritized distinguishing a few types of colors really well, at the expense of being able to see as many colors as we possibly might. One day, we hope to know why.

This article was originally published by Aeon, a digital magazine for ideas and culture. Follow them on Twitter at @aeonmag.

Try 6 Risk-Free issues of The Week
SEE DETAILS
ADVERTISEMENT
More from Aeon
Aeon
Has dogma derailed the scientific search for dark matter?
Aeon
Adolescence is no longer a bridge between childhood and adult life
SHARE!

When sports aren't a distraction at all

QAnon is suddenly everywhere — whether people realize it or not